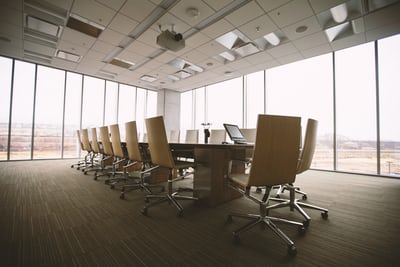 It wasn’t until the Civil Rights Act of 1964 that sexual harassment in the workplace became illegal. Although the Act states no one can be discriminated against based on race, religion, sex, or national origin, it took years for the legal system to fully acknowledge that sexual harassment was discrimination on the basis of sex. The first sexual harassment cases were not heard by the courts until roughly 10 years later. Below is a timeline of significant events that led to how we define and deal with sexual harassment today. However, we still have a lot of work to do, especially given recent sexual assault and harassment allegations against multiple people in positions of power.

1972: Congress passed Title IX of the Education Amendments, which prohibits sex discrimination in federally funded schools and broadens the reach of sexual harassment laws. However, Title IX continues to be confusing and compilcated, as it continues to be changed under different administrations.

1974: Commonly referred to as the first sexual harassment case brought to court, Barnes v. Train was tried in the U.S. District Court for the District of Columbia. Barnes claimed her job position was eliminated because she refused to have sexual relations with her supervisor. The Court ruled there was no discrimination.

1976: In the case of Williams v. Saxbe, the court ruled in favor of Williams. Williams claimed sexual discrimination when she refused to have sexual relations with her supervisor in 1972, was harassed, and later terminated.

1977: In the case that reversed Barnes v. Train, Barnes v. Costle, determined that Barnes was discriminated against by her supervisor.

1978: The Pregnancy Discrimination Act (PDA) amended the Civil Rights Act of 1964 through prohibiting discrimination on the “basis of pregnancy, childbirth, or related medical conditions.” However, pregnant women still have many decisions to make as to if and when to reveal their pregnancy, and trying to figure out how to be a mother while working. Even with PDA and the Civil Rights Act of 1964 in effect, women still have difficult decisions to make regarding their well-being in the workplace.

1986: The landmark case, Meritor Savings Bank v. Vinson, determined “that severe or pervasive” sexual harassment of an employee by their supervisor violates federal law. Additionally, if the employer knew of the sexual harassment, they must take action against the offender.

1991: The Civil Rights Act of 1991 was signed into law to provide more protections for employees being discriminated against. This act provided victims the right to a jury trial in federal court and the right to collect compensatory and punitive damages from their employers.

1993: Harris v. Forklift Systems, Inc. determined that victims do not have to prove they experienced physical or psychological harm for their case to be defined as sexual harassment.

2005: Jackson v. Birmingham Board of Education determined it to be illegal to punish someone for reporting sexual harassment and discrimination.

While there are plenty of trainings and information about sexual harassment and how to prevent it, it still occurs and can be difficult to deal with. If you or someone you know is struggling with sexual harassment in the workplace, there are resources available to you.

We also want to emphasize that all victims deserved to be listened to and heard. Absolutely no one deserves to be harassed, and it is never okay to victim blame because it is not the victims fault.