GET 10% OFF YOUR FIRST SESSION
Aug 09, 2021
Naomi Osaka and Changing the Discourse Around Mental Health
In this blog I make the connection between mental health in the sports world and the advocacy and struggles of athletes like Naomi Osaka to change the discourse around mental health in their prospective field to the professional world at large. The goal is to show how there is a distinct issue concerning women in the work place being able to reach out for help within their professions and set boundaries in a healthy and productive manner.
David Grillo
|
6 min. read 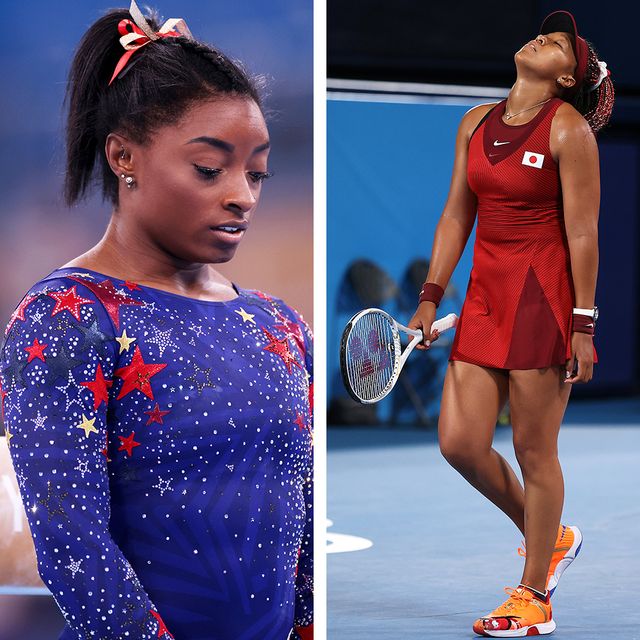 The mental health of athletes has made recent news and is quickly becoming an increasingly controversial topic of public conversation, particularly in light of Naomi Osaka's refusal to attend a press conference in the French Open and her subsequent withdrawal from the tournament, in order to prioritize her mental health. This act, by one of the biggest female athletes in all of sports and the number one ranked female tennis player in the world, changed the discourse around how we consider the mental health of professional athletes. Osaka began a plea to the sports world at large to consider the mental health of athletes as if it were just as important as their physical health. It was exactly one month later where Simone Biles's short withdrawal from the Tokyo Olympics was attributed by her coaches to her mental health and not anything physical. To perform at the Olympic level, she needed a healthy mind.

In both cases, athletes that were deemed to be warriors in their respective sports were called out as weak by the old guard of sports media. On the other front were heaps of praise at what fellow mental health advocate Michael Phelps called the breaking point in being able to open up and save more lives." Ultimately, both actions were perceived as courageous. The strength these athletes displayed while not being physical, and unlike winning a grand slam or a gold medal, was just as inspirational because they display the power in vulnerability. Something I would argue each of us should strive for, as Naomi Osaka put it so eloquently, it is okay to not be okay, and it is okay to talk about it.

Of course, it is imperative that women feel empowered in their professional lives, and indeed, female empowerment is crucial for curbing gender inequality. Young women should, without a doubt, be thought to be self-reliant and to be able to help themselves. Equally important, however, is that women feel that they have the space to reach out and ask for help when needed. That on the way to breaking barriers, women are also given a chance to set healthy boundaries within their profession—the kind of boundaries Naomi Osaka tried to set when asking if taking time off for mental health could be accommodated in the world of sports as it does in numerous other professions.

Or that fragility in a female athlete shouldn't necessarily be seen as a weakness, and that athletes should be heard out about their mental health just as if they were complaining about a torn meniscus, as Osaka put it in her cover article for Time when discussing addressing the media about her struggles.

In my case, I felt under a great amount of pressure to disclose my symptoms— frankly, because the press and the tournament did not believe me. I do not wish that on anyone and hope that we can enact measures to protect athletes, especially the fragile ones. I also do not want to have to engage in a scrutiny of my personal medical history ever again. So I ask the press for some level of privacy and empathy next time we meet.

Underlying her message is the fact that simply because she is a woman saying she is fragile and needs protection doesn't mean that she is a weak woman.

To add some context, Osaka had won the major prior to the French Open, making the tournament a big deal when it came to solidifying her as one of the best athletes in the world. Instead, by prioritizing her mental health, Osaka showed that winning isn't everything and is not necessarily tied to her worth as a person and a role model. The view of this piece is that the same applies to success across all industries and that often putting mental health first and prioritizing your own inner life and well-being over the external goals one has set forth often lays down that path to success rather than hinders it.

In her documentary mini-series, currently streaming on Netflix, Osaka expresses how she tied winning to her worth as a person, placing so much pressure on her success, on her being able to be a good tennis player, making her wonder, if I'm not a good tennis player than what am I. This question speaks volumes in a society where self-worth can seem inseparable from success.

Athletes like Osaka and Biles didn't succumb to the pressure, Osaka didn't run away from the press conference, and Biles didn't let her teammates or her country down, as ridiculous as that sounds. Instead, they showed young women that it is okay to protect themselves from the pressure life places on them and that success isn't just a material category but one that coincides with a healthy sense of self.

As a man, I cannot imagine the pressure young women face, I can try and empathize, but there is no embodying that feeling. Nonetheless, I imagine that for women today, success rests, if you will, on the shoulders of giants, as if by riding the wave of the struggles of women before them, women are placed with a higher obligation in the public sphere. For Naomi Osaka, it was those of Margaret Court, Billie Jean King, and of course Serena Williams. With that, I imagine comes a duty to attempt to reach ever higher, go beyond our mothers and grandmothers, and touch that which was beyond the grasp of even the most brazen trailblazers.

However, within that higher duty lies a heavy weight, and making a choice for the sake of self-preservation is seldom an option. For this reason, I'd propose that athletes like Naomi Osaka are role models not just of physical prowess and dazzling talent but of the courage required to be vulnerable, to maybe make the choice that is best for oneself despite shouldering the weight of the world.

This extends beyond the world of sports. Success is not the only barometer for achievement in a young woman's life, and often prioritizing the well-being of one's inner life is a crucial step in achieving career goals.

A formidable sense of self that coincides with healthy mindfulness can generate sustainable confidence that allows young women to achieve their professional goals over the span of an entire career. Like Naomi Osaka and Simone Biles, many high-achieving women tend to push past their own goals and develop reputations for hard work. They say "yes" to any opportunity that comes their way. They are hungry for experience. But this energy isn't unlimited, and the inevitable burnout that follows this type of achievement pattern is often accompanied by rather intense crises of self. This shows up in both gymnasts (see the twists) and young professionals (see Imposter Syndrome) and can be debilitating.

So how do women early in their career consistently set good goals for themselves without aiming too high or too low? We can again look to tennis for the answers. Naomi Osaka's decision was supported by older, more experienced elite tennis players. As Serena Williams put it, "I've been in that position, too…For me it's important to have awareness and make that step." It is in this way that a mentor-mentee relationship can not only help young women achieve their career goals but also further the entire field. Once developed through positive mentorship, this confidence can help women build camaraderie with people in positions of power and give them the confidence to reach out—Resulting in getting people in positions of power to sponsor and shepherd you through difficult work situations.

Setting strong boundaries and prioritizing mental health in a professional setting also cultivates the kind of healthy space where mentor and mentee relationships can take on more of a peer-to-peer dynamic as opposed to a top-down, hierarchical dynamic. Not dissimilar to Naomi's recommended approach to the press conference setting where athletes are thrown to the wolves and expected to answer any question that comes their way if not face biting scrutiny. As she puts it, I believe that we can make it better, more interesting, and more enjoyable for each side. Less subject vs. object; more peer to peer. If you're not okay in a certain situation, it is vital that you should feel comfortable enough to tell your prospective peers that this is the case and not feel stigmatized or putting your career in jeopardy by doing so. It is in this context that Naomi Osaka's message speaks loudest and echoes beyond the world of sports.