GET 10% OFF YOUR FIRST SESSION
Jun 21, 2021
Policing Professionalism
In this blog post, we will review the troubling aspects of so-called "professionalism" policies and standards, and how they police the expression of women, people of color, and gender non-conforming persons.
Emily Judd
|
3 min. read 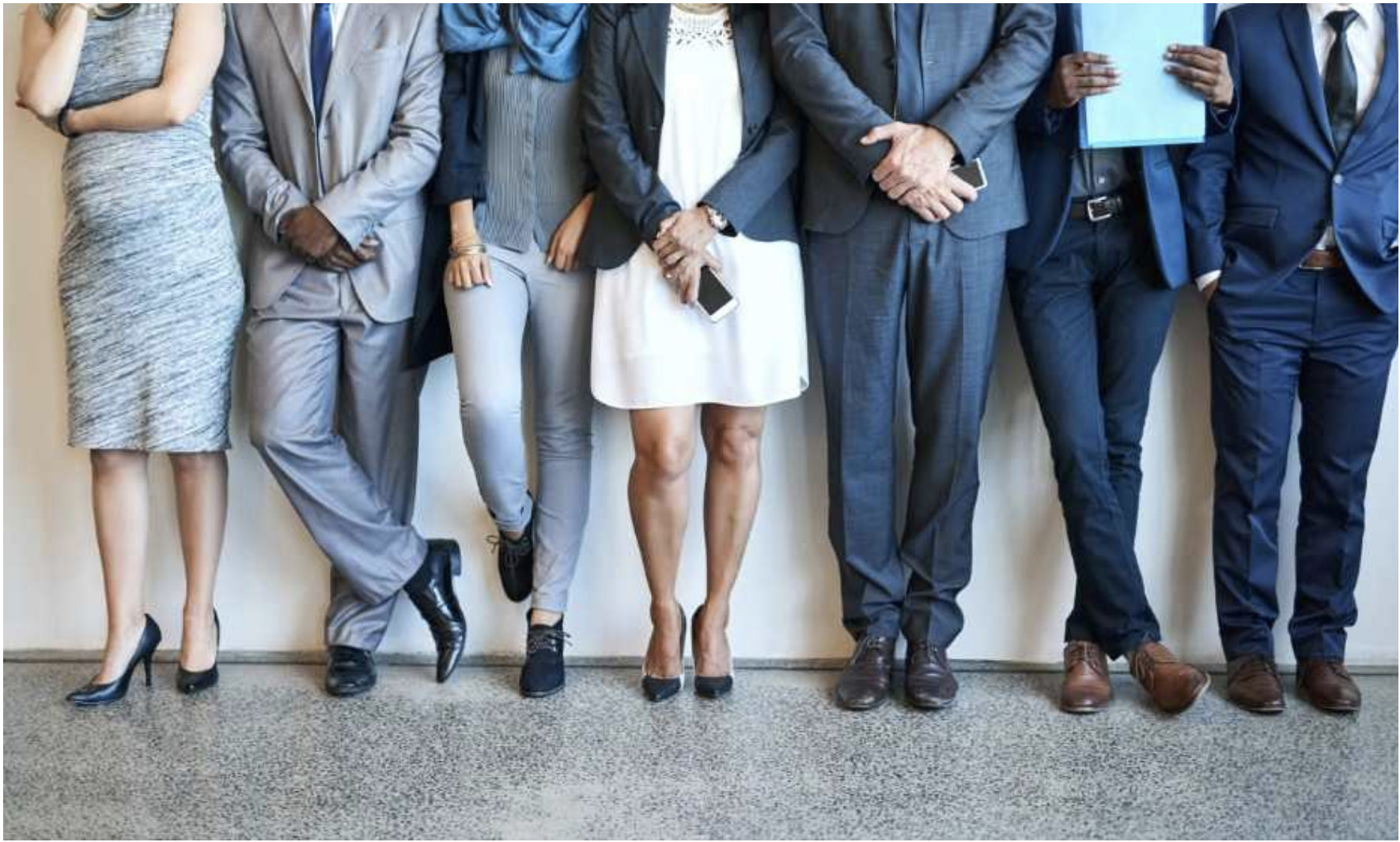 Let’s talk professionalism. What do you think of first? Arduous trips to the mall in search of work-appropriate/trendy/not-too-trendy slacks? Early morning closet raids, trying on multiple outfits in search of the most up-standing look? Or maybe trips to multiple stores to find clothes that are “conservative enough?” While it can be any of those things, many of us understand that professionalism is more than just clothing--it is a standard, often unspoken, that prescribes what constitutes appropriate workplace behavior, attire, and speech. In theory, this standard is not completely without merit; expecting employed persons to distinguish their work behavior from their home behavior may even seem obvious. Yet the issue with professionalism lies in the fact that the standard for professional behavior was designed by, and modeled after, straight, white men.

It is no secret that, for longer than we like to admit, the only people who could occupy professional positions were white men. Consequently, women, gender non-conforming persons, and people of color have been expected to behave similarly to their white male counterparts in order to be taken seriously. Some examples of how this biased standard of professionalism contributes to the erasure of identity in are as follows:

What professionalism policies attempt to instill in employees is the idea that there exists a right way to perform one’s race, sexuality, and gender identity (such as straight, white men do), and a wrong way that must be regulated and rooted out.

While this is obviously an incredibly harmful message for marginalized individuals, it also is seemingly counterproductive. Samantha Mann, in her article “The Problem With ‘Professionalism,’” writes: “Modern professionalism is turning us into one-dimensional workers instead of intricate humans with a variety of feelings, goals, and opinions.” When workers’ first priority is to regulate themselves, it becomes difficult to communicate effectively and efficiently.

Ultimately it is time to reevaluate what we consider professional, and what our current definition of professionalism actually communicates to marginalized groups (such as women, people of color, and gender non-conforming persons) about their identities. These are not natural laws that are impossible to oppose; we have the ability to push back against these standards, to bring to light the unfair and harmful realities of “professionalism.” In the end, it is time that we fight to make the workspace a safe place for all workers. Not just for men. Not just for white people. And not just for gender-conforming persons. For all.

What do you think? In what ways does professionalism actually hinder our modern workforce? Let’s discuss in our community Slack workspace!